Europe’s worst airports are the ones that fail to provide travellers with basic amenities – like chairs, clean bathrooms, and a semblance of temperature control. Like last year, this list is top-heavy with Greek airports and, while we’re sympathetic to the country’s woes, the airport experience made a few voters wonder if they’ll ever return to the otherwise stunning islands. Other offenders on this list are voted on thanks to the fact that they fail to provide reasonably priced restaurants – or even vending machines! Couple that with patchy-but-allegedly-free-Wi-Fi and you’re sure to push voters beyond the brink of sanity.

Here are the Top 10 Worst Airports in Europe based on overall airport experience, as determined by voters in our 2016 Airport Survey. To start, you have to wait in one of 3 lines in the heat. There is no one to tell you which line to go in so you just have to wait for an hour and hope you picked the right one. – survey respondent

For a second year running, Santorini Airport is the first of many Greek Island airports to top the Worst Airports in Europe list. Travellers say the big problem with JTR are the lines and the crowds. When you arrive at the airport, you get stuck outside waiting in long lineups under the hot Greek sun, just to access the terminal and ticketing counters! Once you wrangle your way through check-in and security, you’re then forced to wait in small rooms without air conditioning. With a high volume of travellers, the airside waiting areas are often hot, crowded and dirty. The toilets lack much in the way of cleanliness, and the announcements are virtually impossible to decipher. If you do find yourself with a prolonged period of time here, it’s well worth bringing your own snack and seeking out the outdoor terrace. Otherwise, your time here will be fairly intolerable. ( Photo courtesy of deadliftdance / Instagram ) We had to stand in line for one hour to get our boarding cards, another 20 minutes to leave our baggage and finally 15 minutes to the security check. – survey respondent

Last year, Chania wasn’t one of Greece’s worst offending airports. This year however, voters have something else to say about this worn out terminal. Long lines and chaotic security processes aggravate travellers immediately upon arrival. Once airside, life hardly improves. With one basic food vendor selling mediocre sandwiches at inflated prices, you’re unlikely to feel inspired to buy a meal. Chairs too are limited, meaning that you’ll probably be stuck leaning against a wall, or sitting on a less-than-desireable floor. The lack of air conditioning only makes things worse for those who spend ample time here, given that local temperatures are often well over 30 degrees Celsius. ( Photo courtesy of 1976reynolds / Instagram ) 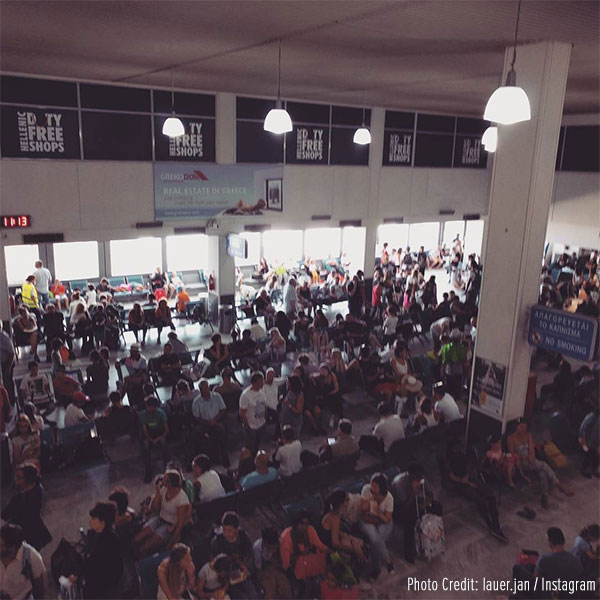 Advice: break it down, and build up a new airport somewhere else. Not possible to make something out of it. – survey respondent

The third worst airport in Europe is once again, located in Greece. Heraklion Airport on the island of Crete secures this position thanks to long lines, crowded gates and no air-conditioning. Sweaty and cramped voters are further distraught by the the exorbitant food prices at one of two restaurants and by the sorry state of the bathrooms. Sadly, the staff do little to ease these grievances. Travellers vent about poor customer service just as much as they complain about the uncomfortable chairs. All in all, a sad way to end a visit to an otherwise delightful island. ( Photo courtesy of lauer.jan / Instagram ) 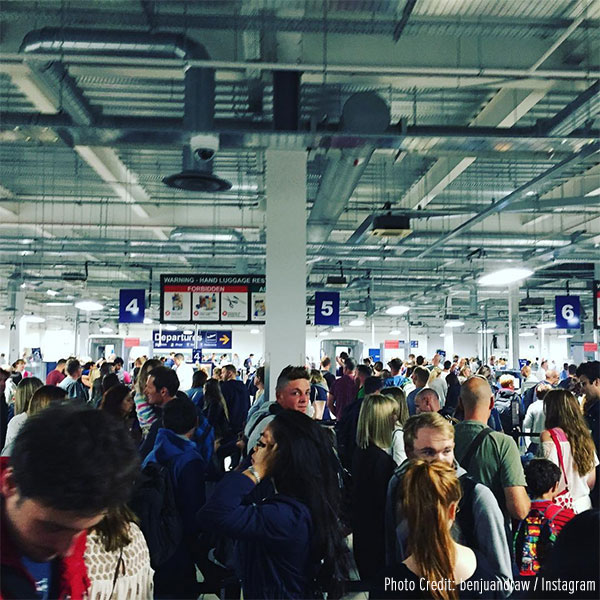 As you head out of the airport, spend a bit of time considering the irony that your experience between getting off the airplane and now walking out of the airport was actually longer than your flight. – survey respondent

Life at London Luton Airport got substantially worse this year as a result of a series of renovations. The construction shrunk an already tiny airport to a barely manageable size. Most voters spent the bulk of their time in massive lineups – and once through to the gate were not actually rewarded with a seat. Though one respondent’s statement that Luton looks like the “aftermath of a humanitarian disaster” might be a bit harsh, the cleanliness of the bathrooms and floors doesn’t do the terminal any favours. However, most aggravating of all is the fact that you get charged for virtually everything, including drop offs near the terminal, weighing suitcases and plastic bags for liquids! We can only hope that when the renovations are complete, LTN will be a far more pleasant place for travellers to use in the future. ( Photo courtesy of benjuandraw / Instagram )

This is not an airport, it is an emergency evacuation scene out of the movie ‘World War z’. – survey respondent

Rhodes Airport improved a few points relative to last year – though we can’t be sure if that’s due to improving conditions at RHO, or worsening conditions elsewhere. In any event, the complaints here echo those filed in Crete, Chania and Santorini: long lines, dirty/broken bathrooms, no air conditioning and massive crowds. Chaotic parking and leaking roofs lead one voter to liken their experience here to an emergency evacuation scene, while others debate returning to this otherwise stunning part of the world all together. 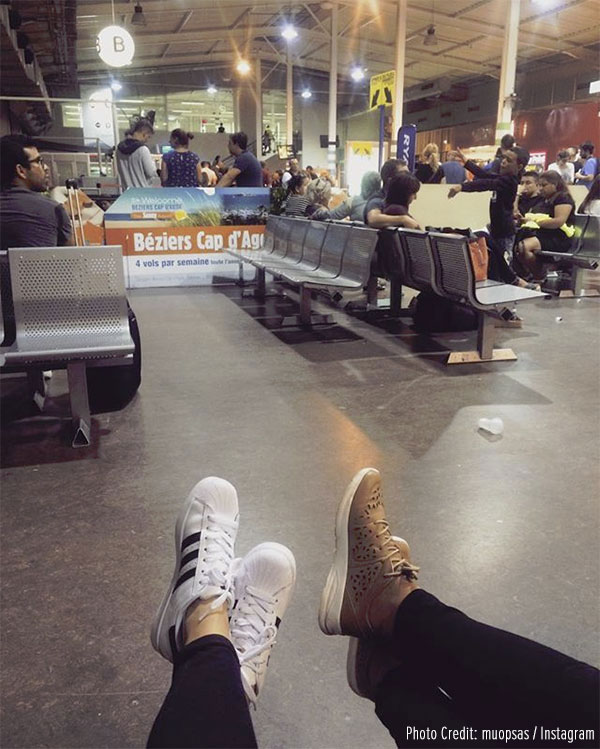 I think they should open some room or place, where people can stay at the night, especially in cold period of the year. – survey respondent

Last year, Paris Beauvais-Tille Airport was dubbed Worst Airport in Europe. While it doesn’t sound like much has improved this year, it is obviously not as bad the previous five airports voted onto the list. The biggest problem with BVA is logistical: the terminal is located over an hour from Paris central and, although it caters to budget travellers, those with early morning flights cannot arrive the night before to sleep in the terminal overnight. BVA closes at night meaning you have to either splurge for a hotel, or leave the city of Paris at an especially unpleasant hour. There is however some good news at Beauvile-Tille. Recently, a Starbucks was added to the dining roster which improved the overall food options. A few non-metallic, armrest-free seats have reportedly been added in at least one area, which helps to off-set the discomfort of the metal seats found throughout the terminal. While toilets are said to remain dirty and the lineups are consistently long, these little victories mean life could most certainly be worse. ( Photo courtesy of muopsas / Instagram ) 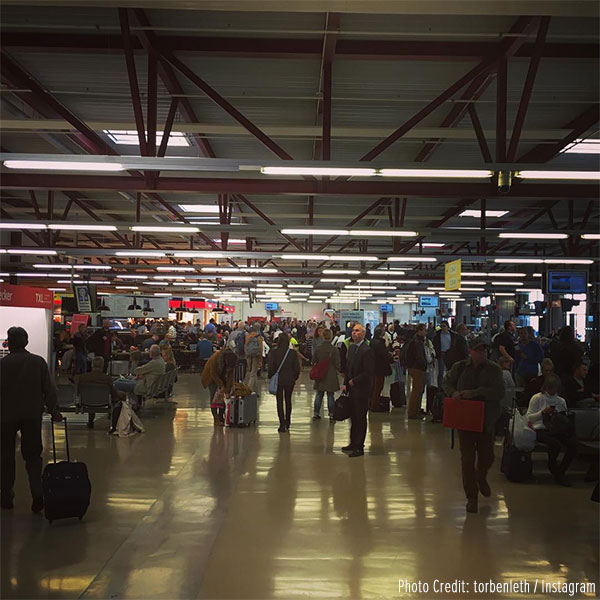 The only way to improve Tegel is to raze it to the ground. Terminal A could have been ok in the 70’s; Terminal C would be fine if it were located in some secondary city of a third world country; Terminal D is a converted car park. – survey respondent

Berlin Tegel Airport is currently the main hub for international flights to the German capital. New to the regional worst airports list this year, voters were frustrated by the uncomfortable chairs, the crowds, and the erratic temperature control. Dated, disorganized, and devoid of affordable dining options, TXL hardly matches the city or country in which it is based. Woes aside, travellers can rejoice that in 2017, the long awaited Berlin Bradenburg airport will replace Tegel and Berlin Schönefeld as the new international hub for the city. ( Photo courtesy of torbenleth / Instagram ) 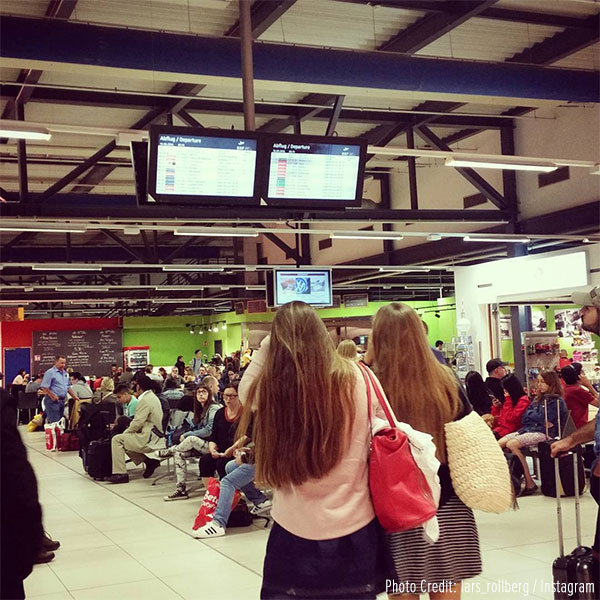 Security is always a sh!t show. Building is from another era, badly needs modernising – survey respondent

Berlin Schoenefeld Airport is another one of those seatless, aging terminals. It is woefully short on amenities – with only a few charging points, limited food options, and especially erratic temperature control. That said, what really drives travellers insane is the gate situation. The waiting areas in front of the gates are miniscule, and often boarding line-ups spill over into other areas. With insufficient seating, this means a lot of stepping over and around passengers sprawled out on the floor. All in all, travellers cannot wait for this terminal to be merged with the new Berlin Bradenburg International sometime in 2017. ( Photo courtesy of lars_rollberg / Instagram ) 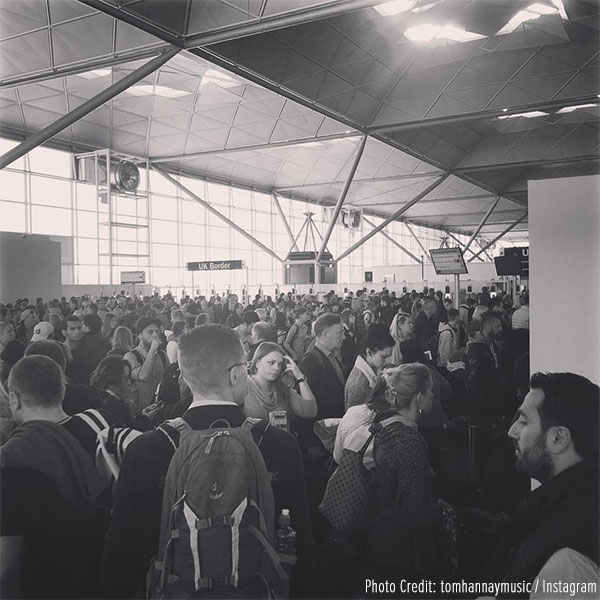 It used to be so good. The designers should hand back their fees. It is now the worst experience ever in any airport. – survey respondent

London Stansted is said to be need of an overhaul, in spite of some recent renovations. Problems here begin with the airport’s fundamental design. Long security lines initially annoy passengers, but it’s the passage through the shops is what really aggravates them. Tiny hallways packed with stores and people makes “reaching the gates through the shopping funnel a major achievement”, according to one voter. When travellers do finally find their gate, they are woefully underwhelmed by the chair-to-traveller ratio. One traveller speculates that the excessive number of shops was put in place to distract passengers from the pitiful amount of seating and the poor design – but it sounds like that effort has been an utter fail! ( Photo courtesy of tomhannaymusic / Instagram ) More seats at the gates wouldn’t hurt. There were more people standing than sitting. – survey respondent

Rome Ciampino Airport is the secondary airport serving Rome, and it caters largely to budget airlines. Chairs at CIA are limited, and those that do exist are uncomfortable. This means that any given moment, you’re likely to see more passengers standing or sprawled out on the floor than you are people in actual seats. Food choices are pretty bleak here, with most voters recommending the vending machines instead. And, there are never enough charging points. While the unlimited free Wi-Fi should be the airport’s saving grace, it’s often reported broken – a cherry on top of a pretty bland cake. Travellers should also note that as of June 2016, sleeping overnight at CIA is no long an option for those awaiting early morning flights. The terminal now closes from midnight to 4:30am. ( Photo courtesy of menta_yfresa / Instagram )

Now that you’ve read about the worst airports, read on to see what awaits on the list of Best Airports in Europe.